The Sacrament of Holy Matrimony

Today, in our world, there is so much confusion about marriage. We forget the clear teachings of our Lord and of His Church that marriage is reserved for one man and one woman, that it is for life, and that it is meant to be a Holy Sacrament of the Church, wherein the Church can bless the union of two baptized Christians who begin a life together as husband and wife. The priest presides at the wedding, but it is the man and woman who confect the Sacrament of Marriage by entering into a covenant with each other and the Lord. Their love is meant to be both unitive and procreative, that is, their love should be opened to the reality of children. While not every married couple can have children, all Catholics should see children as a blessing by which their love is manifested in new life. Children are our future, and without them, we have no future at all.

Perhaps not surprisingly then, at the time of our Five Georgia Martyrs, the great Sacrament of Holy Matrimony was also misunderstood. The new Protestant sects that were forming in the sixteenth century argued that marriage was just a contract between two persons and that the state, not the Church, should be the one who oversaw it as a legal contract. Martin Luther, a priest who started the Protestant Reformation in Germany and eventually married a nun, was not interested in what the Church had to say about marriage. The English king, Henry VIII, wanted a divorce from his Spanish queen, Catherine of Aragon, and when the pope would not give it to him, he, too, broke away from Rome. 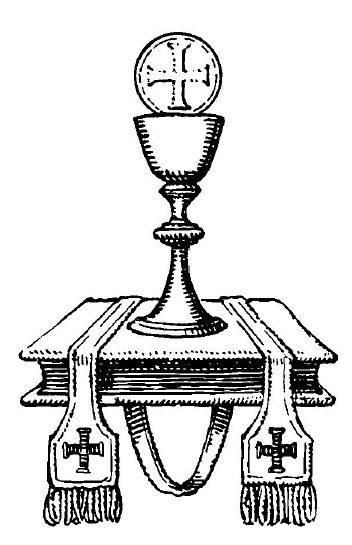 Regardless of what the Protestants said, the Catholic Church held firm to the truth that marriage is a Sacrament in the eyes of God, and that it is something not to be trifled with. And so, when the Guale prince, Juanillo, insisted that he could have multiple wives and that the Church should accept it, our Spanish Missionaries stood up heroically for the teachings of the Church. For this reason, they were martyred.

As Catholics, our Church’s teaching on marriage has often been at odds with the world’s fickle notions about things, but we are meant to be steadfast voices in our day and age, too. We must stand up for the truth of the Sacrament of Marriage which models how much the Lord loves His own bride, the Church. Today, when we stand up to defend marriage, we may find ourselves, like our Georgia Martyrs, at odds with the madness of our world.

CREDIT:The First Georgia Missions: Our Southern Catholic Heritage, Dr. Paul Thigpen and Katherine Ragan. Illustrations by Pamela Gardner, based on the retablo by Dan Nichols. This retablo is part of the parish patrimony of Our Lady of the Mountains Catholic Church in Jasper, Georgia